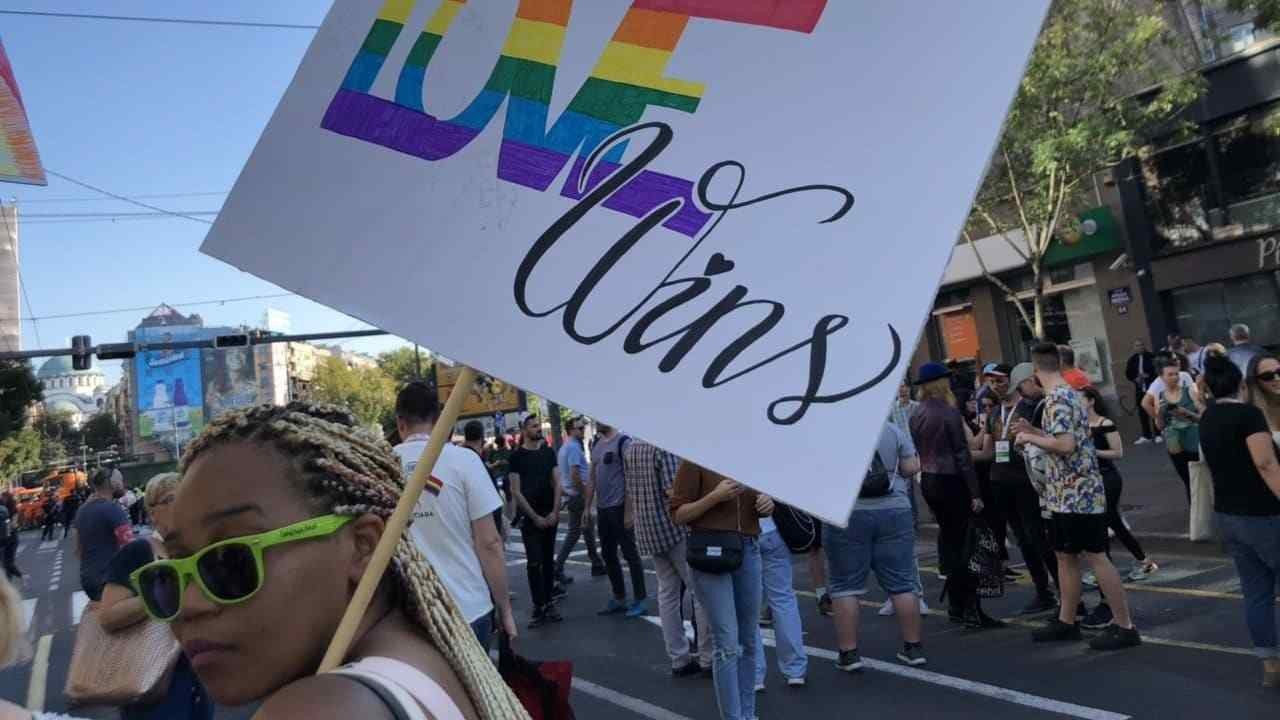 Belgrade Pride 2019 was a success


Over the years, Belgrade, the capital of Serbia, has had its highs and lows with organizing a Pride parade. The first pride Parade in Belgrade was organized in 2001, and it ended up being a very violent disaster. There wasn’t enough police force to protect the participants, and it was ended in brutal violence and lots of blood shedding. Over 40 people were injured. Up until the Pride parade in 2010 almost every attempt of organizing a Pride parade was shut down. This was due to the fact that there would always be a lot of threats from far right citizens and hooligans. The Pride parade held in 2010, which was supported from Boris Tadic (Serbia’s president at that time), was the first success for LGBTQ+ people in Belgrade. Over 1000 people showed up, along with a lot of public figures who wanted to show their support for LGBTQ+ people in Serbia.


Belgrade Pride this year topped every successful Pride that Belgrade has ever seen. This year, a lot of work was put into it. Firstly, Belgrade Pride put out a list of requests that go as following: 1. The adoption of the law for same sex marriage 2. The adoption of the law for gender identity 3. Fast and adequate reaction from the state organs and public conviction of government representatives for hate speech and hate crimes towards the LGBTQ+ community 4. The adoption of local action plans for the LGBTQ+ community 5. An apology to all Serbian citizens who were up until 1994 legally and in others ways persecuted for their sexual orientation and gender identity 6. Education on sexual orientation and gender identity for young people. For the week leading up to Pride, a Pride week was organized with a lot of fun and informative workshops, seminars and activities. This year the slogan was “Ne odricem se” which translates to “I am not giving up”. The Belgrade Pride organization was very active on both Instagram and Facebook and encourages people to say what they aren’t giving up.
Last year, Serbia was appointed Ana Brnbabic for their Prime minister, making Serbia one of the first countries to have an openly lesbian Prime minister. She attended last year’s Pride parade, and she attended this year’s Pride parade with her partner.


The Pride parade was an enormous success. It had the biggest turn out Belgrade had ever seen (the exact number is not known yet). Local drag queens could be seen dancing and hyping up the crowd, and the Pride event ended with a party where Serbian pop singer Sara Jo (who was also “godmother of this year’s Pride parade), singer Zoi and singer Bojana Vunturisevic performed.
All in all, this is a huge milestone for Serbia and its LGBTQ+ population.