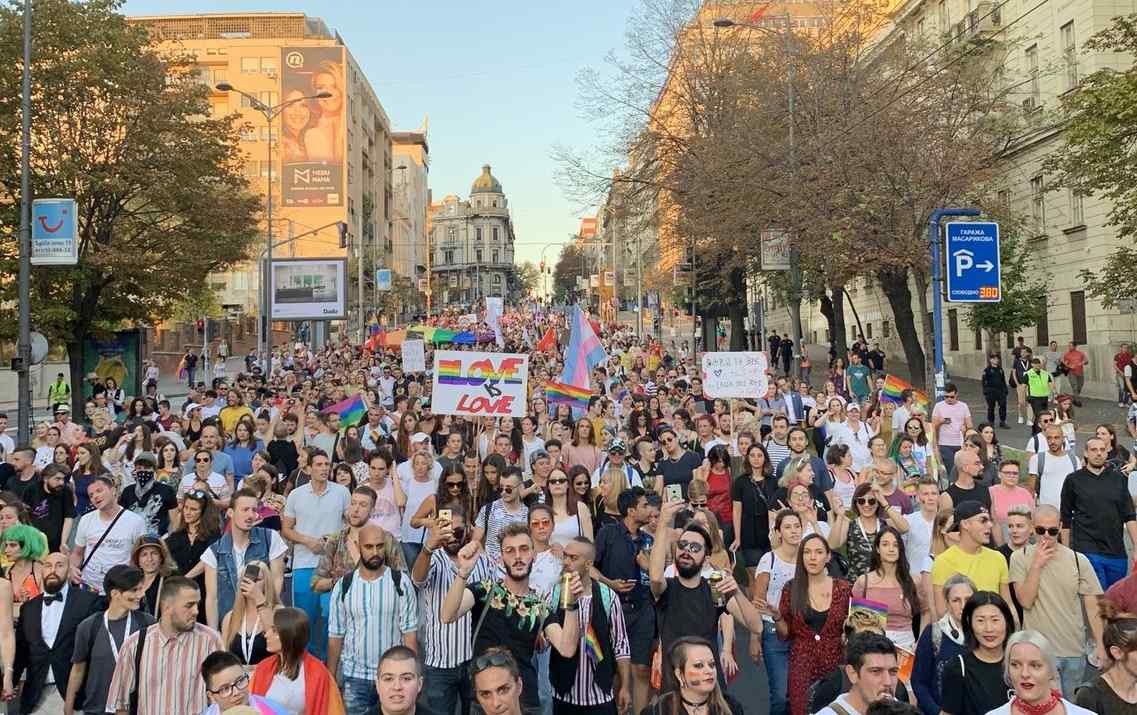 EuroPride has chosen host for EuroPride 2022

EuroPride is a pan-European international event dedicated to promote LGBTI pride. It is hosted by a different city in Europe each year. The host city is usually one with an established pride event or a significant LGBTI community. The “culmination” of EuroPride usually happens during the weekend, with a Mardi Gras style pride parade, with lots of performers, activities, LGBTQIA+ night club events and much more.


The European Pride Organisers Association (often shortened to EPOA or EuroPride) was founded in London in 1992 ahead of the first EuroPride. It owns the EuroPride trademark and licenses its use to one Pride organization each year. It has eight elected board members, all of whom serve with Pride organizations in Europe. The headquarters are located in Brussels, Belgium. The board meets several times each year, often holding a meeting in a city holding its Pride event that weekend. EPOA has more than 60 members across Europe. In the moment of writing this article, the President of EPOA is Latvian human rights activist, Kristine Garina.


This year, EPOA had their annual general meeting in Bilbao where they discussed and voted for potential candidates for EuroPride 2022. The potential candidates for EuroPride 2022 were Portugal, Barcelona, Dublin and Belgrade.
Belgrade won by a landslide, receiving 71% of the votes. Lisabon received 22% of the votes, Dublin received 6% of the votes and Barcelona received 1% of the votes. The President of EPOA said that “Pride has always been a protest and EuroPride will have a huge impact for LGBTI people in Belgrade, Serbia and the whole region. I have seen for myself the violence and protests that Belgrade Pride has experienced in the past, and our members’ votes for Belgrade show that we want EuroPride to have maximum impact.”


As some may know, Belgrade Pride has had its history with violence and far-right protests and attacks. However, as of Belgrade Pride 2014, there have been no violent outbursts during Pride towards the participants, and Belgrade Pride 2019 was held very successfully last week; with the largest attendance Belgrade has ever seen.


Goran Miletic, who is the CEO of the European organization Civil Rights Defenders and a member of the organizational team of Belgrade Pride has put out a statement saying "I'm very proud. The EuroPride 2022 organization in Belgrade gives us the opportunity to empower the LGBT + community from the Western Balkans, to reaffirm the promotion of European values and human rights in Serbia and to present Belgrade as an indispensable tourist destination, safe and open to all. We believe that EuroPride will bring issues of particular relevance to the LGBT + community in Serbia and the region, such as the legal regulation of same-sex partnerships, to the regional and European public. "


This is a big win for Serbia, for Belgrade Pride, and for the LGBTQ+ communities in Eastern Europe.