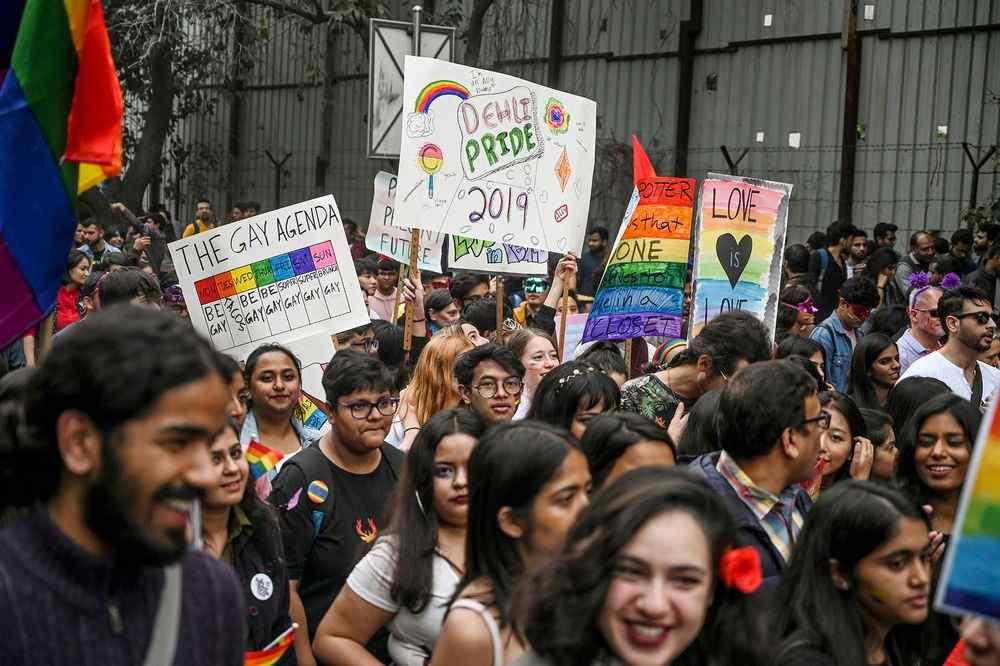 Nonetheless, most LGBT people in India remain closeted, fearing discrimination from their families, who might see homosexuality as shameful. Discrimination remains a strong presence in rural areas, where LGBT people often face rejection from their families and are forced into opposite-sex marriages. Sexual activity between people of the same gender is legal. Same-sex couples are not legally recognized currently in any form, yet performing a symbolic same-sex marriage is not prohibited under Indian law either. In 2018, the Supreme Court of India decriminalized homosexuality by declaring Section 377 of the Indian Penal Code unconstitutional. Homosexuality was never illegal or a criminal offence in ancient Indian and traditional codes but was criminalized by the British during their rule in India.


Since 2014, transgender people in India have been allowed to change their gender without sex reassignment surgery, and have a constitutional right to register themselves under a third gender. Additionally, some states protect hijras, a traditional third gender population in South Asia, through housing programs, and offer welfare benefits, pension schemes, free surgeries in government hospitals, as well as other programs designed to assist them. There are approximately 4.8 million transgender people in India.

Delhi Queer Pride Parade is organized by members of the Delhi Queer Pride Committee every last Sunday of November since 2008. The queer pride parade is a yearly festival to honor and celebrate lesbian, gay, bisexual and transgender people (the whole queer community), and their supporters. The parade usually runs from Barakhamba Road to Tolstoy Marg to Jantar Mantar.


Since its inception in 2008, where some hundreds gathered in central Delhi to celebrate the first public Pride parade, the community-funded march has grown to become a strong movement that primarily addressed Section 377 of the Indian Penal Code (which has now been repealed).

The Delhi Queer Pride has maintained independent operations and have chosen to rely on community funding and rejecting any kind of corporate sponsorship, with the aim to focus this unique collective on equal rights, privacy and freedom. The organization also supports dalit rights, disability rights and the feminist movements.


This November, more than 1,000 members of the LGBTQ community and their supporters have marched through New Delhi to celebrate India’s sexual diversity, which they say is progressing but still has a long way to go to become a more accepting place for them.


Carrying rainbow flags, balloons and placards all while dancing to the beat of drums - they demanded self-identification in any gender for legal recognition rather than first registering as a transgender and then providing proof of surgery to authorities, as suggested by a government bill.
They say the bill, yet to be approved by India’s Parliament, contradicts a landmark judgment by India’s top court last year striking down a colonial-era law that made gay sex punishable by up to 10 years in prison.