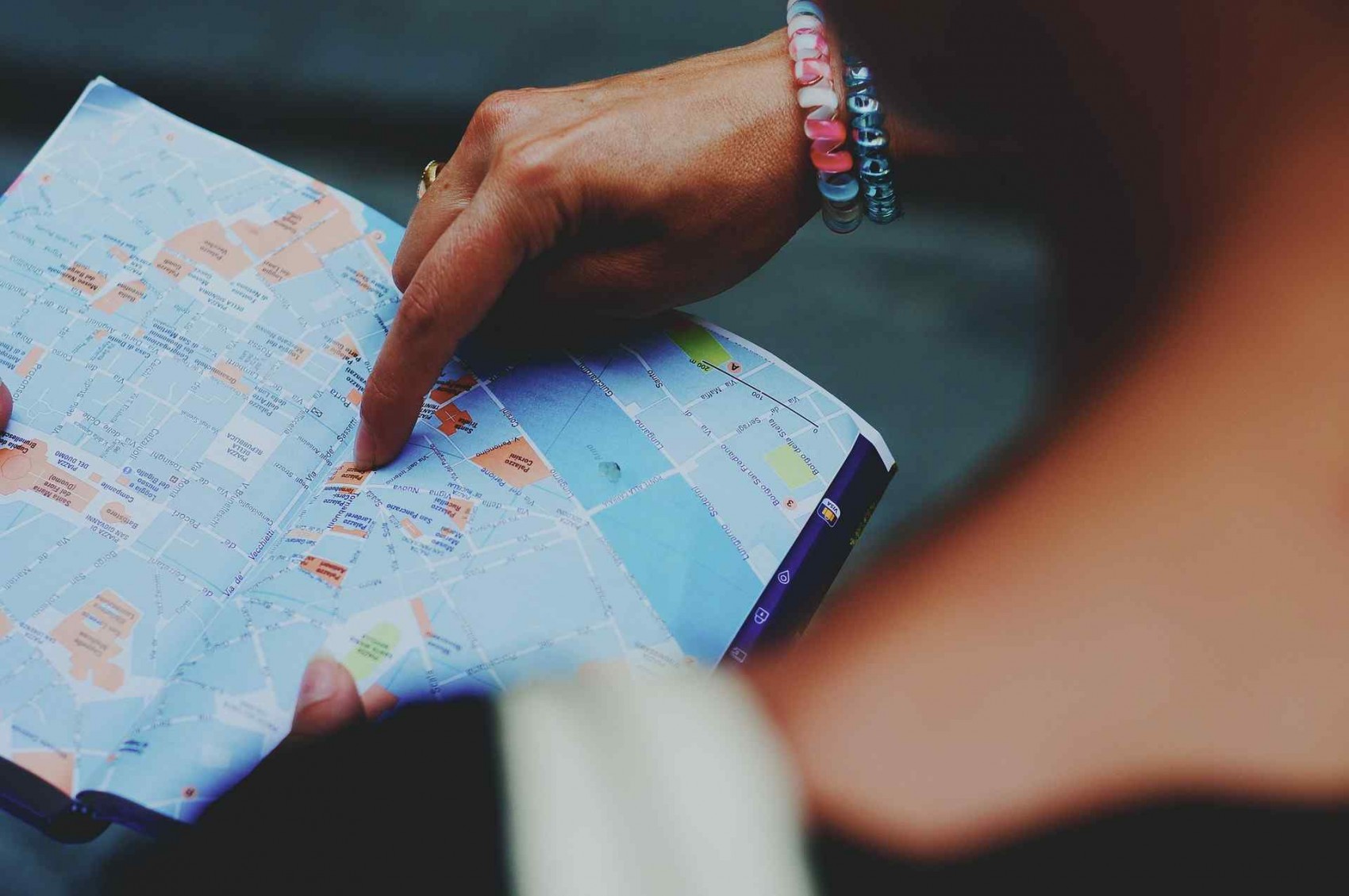 Depending on where one is headed, LGBT holidaymakers can face great dangers. Just in April this year, the country of Brunei enacted an Islamic law making it legal to march and stone LGBT individuals to death. Unfortunately, this is not the only country to have the death penalty on the books: A number of others including Afghanistan, Saudi Arabia and Iran are also on the list. According to Equaldex, a range of same-sex activities are illegal in 70 countries.


“This is horrifying,” states journalist Lyric Fergusson, who, together with her husband Asher runs a blog that is focused on travel safety. In an attempt to help determine the worst places for LGBT travelers, the duo has created a new LGBT+ Danger Index that ranks the world’s most dangerous—and safest—countries for LGBT travelers. “We have seen LGBTQ+ people dear to our hearts be discriminated against and our deepest desire for writing this article was to bring awareness to these issues and hopefully catalyze change,” says Fergusson. “As travel journalists, we wanted to help the LGBTQ+ community educate themselves on the very complex and layered world of staying safe during international travel.”


They looked up on the top 150 most-visited countries in the world by the number of incoming tourists, and then ranked them using eight factors, including laws against gay relationships, legal protection against discrimination and more. According to the report, a few factors, such as adoption recognition and worker protections, may not affect travelers directly but are a good indication of overall attitudes within the culture. “These issues can affect everything, from your ability to show public displays of affection to being able to share a hotel room bed to the capacity at which you can use dating apps without being caught by the local police,” reads the report. 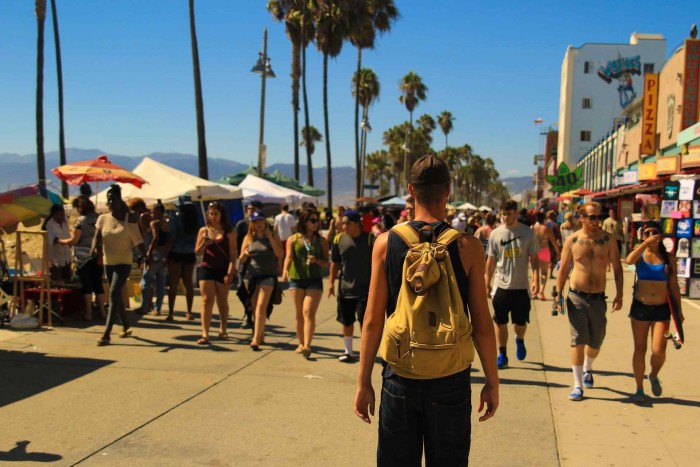 On top of the LGBT+ Danger Index is Nigeria, which is considered the worst country for violence against LGBT travelers. There, people can be sentenced up to 14 years just for being an homosexual, and some states even have the death penalty under the Sharia law.

“Coming in one the second position on our LGBT+ Danger Index is Qatar,” says Fergusson. “This oil-rich Middle Eastern country enforces up to three years in prison, flogging and the death penalty under Sharia law for any acts of homosexuality. Tourism to Qatar is expected to skyrocket for the 2022 World Cup—which is to take place there—and suspending anti-LGBT laws during the tournament has been discussed, though ultimately rejected by the Qatari government.”

“In Yemen, the punishment for being gay for both men and women is prison time and 100 lashes, with death by stoning for married men,” says Fergusson. “This conservative Muslim country means business when it comes to rejecting homosexuality, both in its laws and general public sentiment. Refugee Legal Aid Information highlights Yemen’s hostile attitudes toward their largely underground LGBT community.”

“Saudi Arabia is another of the countries on our list which implements the death penalty for consensual homosexuality under their interpretation of Sharia law,” says Fergusson. “Other punishments include 100 whips or banishment for one year ‘Men behaving as women’ or wearing women’s clothes, and vice versa, is also illegal in Saudi Arabia, making this a particularly unfriendly country for members of the trans community.”

“This East African country is renowned for its remarkable natural attractions, including Mt. Kilimanjaro and the Serengeti National Park, making Tanzania a massive hub for international tourism. Unfortunately, this country was ranked at #5 on our LGBTQ+ Danger Index, which may inspire LGBTQ+ visitors to rethink their travel plans,” says Fergusson. “In Tanzania, any homosexual acts result in 30 years to life in prison, and there has been a recent government crackdown on LGBT activity within the country.”

“Iran made #6 on the index, due in part to its extreme punishments for homosexuality, which include 100 lashes for homosexual intercourse or the death penalty, and 31 lashes for same-sex acts other than intercourse,” says Fergusson. “According to the International Society for Human Rights (ISHR), ‘An open and free life in a same-sex partnership is unthinkable in the Islamic Republic.’ In regards to LGBTQ+ travel to Iran, travelers will want to be cautious and avoid any public displays of affection.”

“An African nation bordering the stunning Red Sea, Sudan is particularly unfriendly to the LGBTQ+ community. The first two accounts of sodomy result in 100 lashes and five years in prison, and the third offense earns either the death penalty or life in prison,” says Fergusson. “Publicly, homosexuality is a taboo topic, so LGBTQ+ travelers choosing to visit Sudan should proceed with caution and remain discreet with regards to their sexuality. It is also recommended to be extremely careful when inviting guests into your hotel room, as this can potentially spark legal complications.”

“This was one of the more shocking countries to appear on our list, and in the top 10, no less,” says Fergusson. “Historically, Barbados and some other Caribbean islands have had poor anti-LGBTQ+ legislation and practices, largely left over from the British occupation which put these laws in place and reinforced anti-gay attitudes. However, recently Barbados, along with with Grenada, Saint Lucia, and some others in the Eastern Caribbean Alliance for Diversity and Equality (ECADE), have announced plans to begin to challenge the anti-LGBTQ+ laws currently in place.”

“This phenomenal Southeast Asian country is full of beautiful beaches, islands and UNESCO World Heritage Sites, making Malaysia a popular destination for international tourism. Unfortunately, imposed punishment for homosexuality is severe and the existence of gay people in Malaysia was denied by their tourism minister as recently as March 2019,” says Fergusson. “Under state interpretation of Sharia law, homosexuality in Malaysia results in up to 20 years in prison, whipping and fines.”

“The punishments for homosexuality in Malawi have earned this African country spot #10 on our list,” says Fergusson. “Same-sex acts result in 14 years in prison for men and five years imprisonment for women, with or without corporal punishment. Pro-LGBTQ+ organizations are also banned by the government in Malawi and general public sentiment regards homosexuality as off-limits. Though these laws are technically in place, they are rarely enforced, particularly with tourists visiting Malawi, and discussions about changing anti-LGBT laws have begun to take place.”