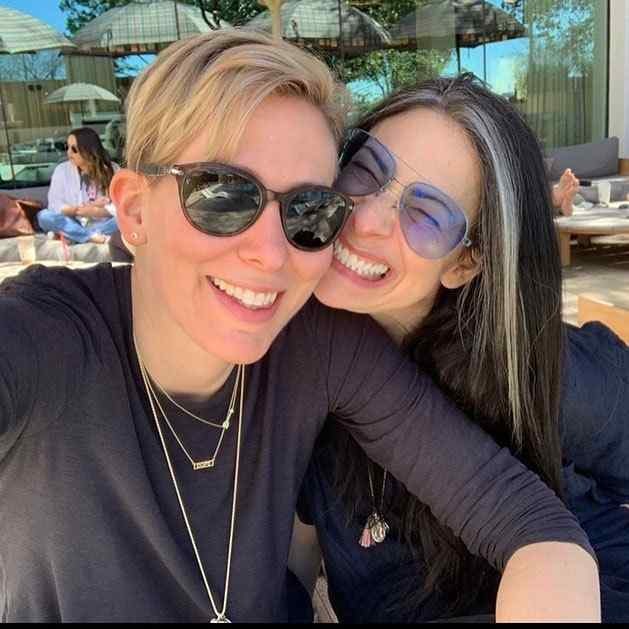 For those who don’t know who Stacy London is, she is an American fashion consultant, author, and magazine editor known primarily for her time as co-host on What Not to Wear, a reality television program that featured wardrobe and appearance makeovers.


After graduating from Vassar College, London started her career as a fashion editor at Vogue and transitioned into being a stylist for celebrities and designers. She moved into television by co-hosting What Not to Wear with Clinton Kelly, and doing fashion reporting for Access Hollywood, The Early Show and the Today Show. From 2009–2010, she was a celebrity spokesperson for Pantene, Woolite, Dr. Scholl's, and Riders by Lee. She co-owns Style for Hire and is the creative director of Westfield Style.


However, amongst the LGBT+ community, she is most known for her and Clinton’s show called What Not to Wear. It’s a show where they would help people who don’t have much of a fashion sense or who struggle with style. Participants were usually nominated by their friends, family or co-workers.


When it came to Stacy’s dating life, not much was known. She has dated men in the past, but she has never had children and she has never been married.

All of that changed last week when she uploaded a series of ten pictures to her Instagram account with a very captivating caption. She started the caption by saying “NOT THAT IT’S ANY OF YOUR BUSINESS BUT, I may as well address all the stuff I hear floating around out there.” Further on, she explained that 2019 was a “crazy year” for her, both because of negative experiences such as health issues that she mentions in the caption, and because “there has been such incredible joy as well and the person most responsible for that is @catyezbak, who is my girlfriend and has been for over a year.”

In the caption she also mentions that her family has met her and that all her loved ones and close ones know about her, but she just didn’t want to push her in the public eye so fast. Another important thing that she says in the caption is: “It’s really easy for me, a privileged white woman who is 50, to suddenly say ‘I’m dating a woman’ with very few repercussions and I am well aware of that,” she wrote. “Unlike me, there are countless people in the LGBTQIAP community who have had no choice in who they are, no love from family on which to lean, no support from anyone anywhere.”


She says that she fell in love, truly in love, with a kind and beautiful soul (referring to Cat) but that she "stands" on the shoulders of a community that fought like hell for her to be able to do that openly and proudly and easily.
When it comes to her sexual identity or explaining her sexuality, she just wrote: “I used to date men. Now I date her. That’s it.”